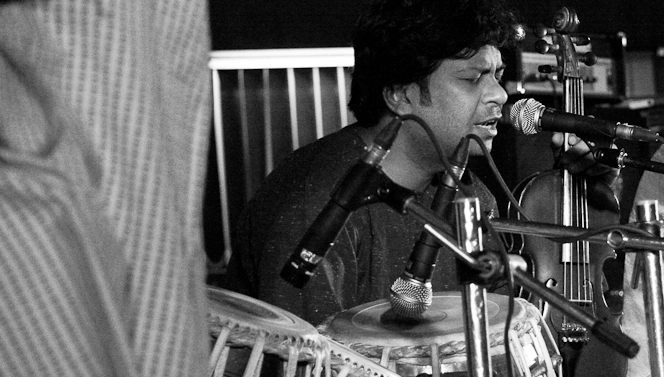 Performing at Udaipur was magical (The Statesman 26.03.2016)
Sharat Chandra Srivastava has acquired a rare understanding of dhrupad-ang ...

The string theory proponent (Mail Today 20.03.2016)
Music was an integral part of Sharat Chandra Srivastava's childhood. There would always be some or the other kind of music being played at his house.

My roots lie in the Indian classical music tradition(The Sunday Guardian 20.02.2016)
Violinist Sharat Chandra Srivastava, former member of the Indian rock band Parikrama, has now made a return to his musical roots with his new fusion project Mrigya

A musical reminder for a dignified life (The Hindu 18.09.2010)
Beat it, for a cause (Hindustan Times 17.09.2010)
A concert at Purana Quila showed indigenous musicians from all over India who created symphony of sounds to take actions on the Millennium Development Goals.

Neglected Genius (Rolling Stones Magazine)
That there is some truly culture-blending quwwalis thrown in with Hindustani classical only makes the music more enriching and scintallating.

Fusioning Fathers (Mumbai Mirror)
The big daddies of fusion, Mrigya, are in the city to launch their first album.

On the Record (Time Out - Mumbai)
Time Out talks to artists about the making of their albums.

Making Music all the Way (Hindustan Times)
In Focus...

Rock the Raag (Zee News)
In a free-wheeling chat, Mrigya front man Sharat Chandra Srivastava spoke at length with Aman Kanth of Spicezee.com about his love for music and Mrigya.

Indian band that rocks the world (The Tribune 27.07.2003)
A nine-member Indian band created history at the Edinburgh Fringe Festival 2001

On a Musical Quest (The Hindu)
EVEN IN itself, a stage is a defined space. Demarcated as it is from other spaces, it inherently awaits action...even provokes it.

Indian Fusion (NDTV)
After 62 years since independence what we have is global India, where sushi and bhel puri, punjabi pop and reggae survive together. The answer to mera bharat kahan is an India where cultures of the world converge but in a distinctly desi way.

Letting Musical Sparks Fly (The Hindu 14.04.2003)
It's not us on stage. It's not the individual musician playing an instrument. It's like there's an external power from which the music comes.

Music sans barriers (The Hindu 13.01.2003)
Mellifluous music that has no boundaries is the USP of the band that stands for Vasudhaiv Kutumbakam